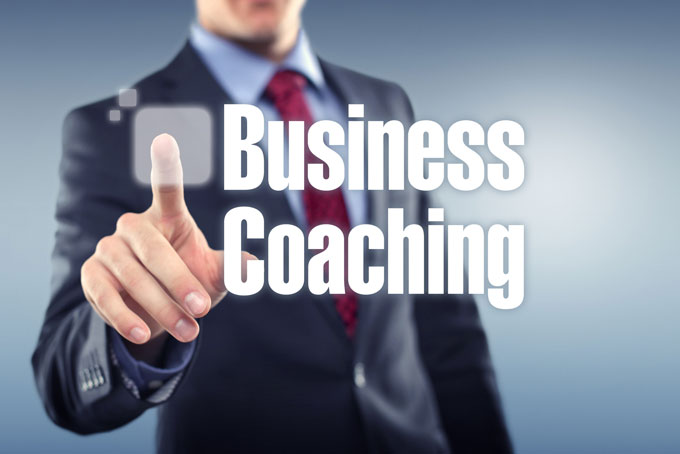 What is Executive Coaching?

Executive development is a critical aspect of all organizations and often one that is most overlooked.

People come to coaching for several reasons: They could be “stuck” and can’t think of what else to do in order to move the organization forward; there may not be anyone at their level that they can have confidential conversations with, or they believe if they were to change/improve something within themselves, the greater organization would benefit. Maybe they are ready to do something different but are not sure what that “something” is. Perhaps they are looking for change, a different perspective, or have important goals to reach.  Executive or “business” coaching focuses on helping individuals go from where they are, to where they want themselves and their company to be.

Whatever the reason, distinct from other forms of training, coaching focuses on a specific way of “learning” for the executive. It is believed that “the more an individual is involved in identifying problems, in working out and applying solutions for them and in reviewing results, the more complete and the more long-lasting the learning is. This form of self-improvement tends to bring about learning with a deeper understanding than learning that is taught.”[1] Given the right circumstances, one-on-one interaction with an objective third party, who is not tied to the organization or other executive or company influences, can provide a focus that other forms of organizational support cannot. Coaching develops the leader in “real time” within the context of their current job while allowing them to maintain their day-to-day responsibilities.

In order to help put coaching into perspective, the model on the opposite page will help to show the differences between coaching, mentoring, counseling/therapy, and consulting.

“Unlike therapy, which goes into depth about various issues usually dealing with the past and consulting which generally results in giving the client answers, coaching is more action-oriented and focuses primarily on the present and future.”[2] Coaching focuses on what the client wants and utilizes a process through the one-on-one coaching sessions to enable the client to self-discover, learn and determine their own “answers”. It is the client who determines the goals and commits to their goal, while allowing the coach to help hold them accountable.

Why should you hire an Executive Coach?

In today’s demanding business environment (cost pressures leading to flatter organizations, executive managers with more direct reports, “speed to market” as a competitive advantage with time pressure, etc.) executives have limited opportunity to devote time and energy to their own development as leaders. “Most executives struggle to fulfill the responsibilities of their positions and are too busy and too stressed to step back and learn from their experiences or to implement changes to satisfy best management practices.”[3]

The reasons for choosing coaching go beyond the need to correct or resolve problem behaviors or poor performance issues. Executive coaching is also chosen to develop executive-level skills, developmental and growth needs which impact the entire organization.

In a study by Diane E. Lewis, respondents identified a variety of reasons for hiring executive coaches. [4]The reasons cited below encompass both problem solving and developmental emphases. They could also be described as change-oriented, with an emphasis on supplementing and refocusing the participant’s skills, or growth-oriented, with an emphasis on accelerating the learning curve for high-potential or recently promoted executives. The percentage of respondents citing that particular reason is in parenthesis:

Each coaching engagement begins with a “discovery” session of some sort. This is the time where the potential client and coach have a conversation to determine and discuss several items which may include:

In a majority of cases, the coaching sessions happen weekly (3 to 4 times per month). Since the client expects to make changes and/or improvements for themselves, weekly sessions help keep the process on track and also serve as an “accountability” measure to the incremental improvement, along with addressing any other situations the client wishes to discuss with the coach.

Normally, this is for three months or less. The focus of the work is to identify and prioritize developmental needs.  This work is usually done in conjunction with the executive and the executive’s supervisor or HR. Interviews are conducted and a developmental plan is created with the client. This coaching jump-starts the plan with a quick transition to client independence with the supervisor and HR support for continued progress. This coaching is described more as a three-way partnership between the executive, the coach, and the organization, in which all involved agree on specific goals and parameters. Issues discussed in a coaching session however, outside of the set parameters, are considered “personal and confidential”.

This coaching is for a minimum of six months up to one year. The focus is to identify and prioritize developmental issues and goals with an action plan. The coach will gather data via a client questionnaire, a 360 degree feedback process, and/or other diagnostic assessments such as Myers-Briggs, Strength Finders, etc. The coach is responsible for working with the executive to determine the plan, its implementation and subsequent follow-up.  The coach also lends support to the client in addressing and focusing on strategic issues of the organization, while simultaneously addressing personal developmental issues.

Many times, an executive team will have an off-site conference where the company’s strategic plan is discussed, vision & values are established, and/or team goals are determined. As a result of this different team process, individuals make a “commitment” to change in order to help the organization move forward or to the next level. In other words, if change is to happen, everyone has to commit to doing something differently than they have done previously. Individual executive coaching then follows the off-site meeting for six to twelve months to ensure the team objectives are being met and remain in focus. The above description of Executive Coaching would apply. Quarterly “check-ins” with the team are held to validate progress and ensure main priorities are still correct.

What makes a difference to coaching outcomes?

Everyone involved in the coaching process wants to know which factors will improve the likelihood of achieving positive outcomes. There are several attributes that make a difference in coaching outcomes, some of which are listed below.

Organizations must be in favor of and agree to provide resources to support the executive coaching, and recognize that it requires a long-term investment in order for the coaching and change to succeed. “Executives need follow-on coaching and reinforcement in order to sustain changes in behavior. In addition, professionals’ development should be kept separate from performance because the high level of trust and openness required for development would be compromised if these two essential processes are mixed.”[5]

The coaching-style preference is also a factor for coaching success. The coach and the executive are agreeing to enter into a “relationship” therefore style preferences and compatibility can impact the outcomes. It is important that the coach and the client agree on how the client prefers to receive help, what they want to focus or work on, and when they want to receive it.

Coachability, in my opinion, is the number-one success factor to consider. The reason is that no matter how experienced or effective the coach might be, no change of the executive (coachee) will occur if the executive does not want to change, recognize the need to change, or does not take responsibility for the change needed. The executive needs to be open to feedback, willing to use the feedback to commit to change, and be willing to be held accountable to the commitment.

Competence of the coach is the fourth important factor that is often mentioned to determine success in the coaching arrangement. At a minimum coaches should be creditable, educated and certified. They should have a coaching process that includes helping the client set an action plan in order to change behavior as well as a process to measure change. The International Coaches Federation estimates that over 10,000 people call themselves coaches, yet not all are effective. The coach should have a philosophy of coaching for sustainable change; in other words, the coaching commitment should be “transformational” and not “transactional”.

Most organizations believe that once someone reaches executive or senior status in the organization, they should inherently be able to act under pressure, inspire and implement ideas, keep their skills sharp and current, and have all the answers. In actuality, they can eventually get there on their own but the engagement of a qualified executive coach will exponentially increase not only the time it takes for the executive to get there but also the ability for the executive and the company to sustain the change.

Improvements that stem directly from coaching engagements include: enhanced executive learning, gains in corporate performance, enhanced relationships, increased leadership effectiveness and personal and organizational improvements. In the process, not only do executives improve themselves but substantially have a greater impact on their organization. Benefits to the organization include enhanced individual and organizational performance which positively affect organizational culture. These further provide enhanced reputation within the industry, improved employee morale, and positive work environments, thus greater productivity and enhanced client relationships. Coaching can be your competitive edge!